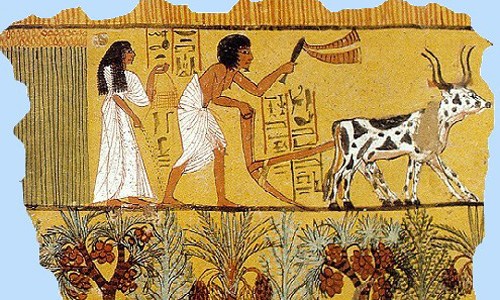 1.1   Which of the statements are true for you?

A   I wear a digital watch.

B   I wear an analogue watch.

A    I write important dates on my calendar.

1.2  Listen to three people speaking about punctuality and decide whether they are

We use take+ time in the following ways: Take

B   always in a hurry

1.3  Listen again and circle each of the phrases in the box as you hear them. Then complete the sentences below using the correct phrase.

1.4  Say whether the words in bold are closest in meaning to before or after.

1   Twenty people were injured in the accident and the tower was subsequently demolished to prevent it from happening again.

2   Prior to the introduction of the steam engine, most people in the UK worked from home.

3   Three years previously the government had introduced a new law allowing women to vote for the first time.

4   There was a great deal of excitement in the days preceding the election.

5   This is the third year in succession that a female has been chosen to manage the club.

6   Istanbul was formerly known as Constantinople.

8   The newspapers warned that a stock market crash was imminent.

2.1   Read the text and then answer the questions below.

Stonehenge was built over a long period. If we consider only the ancient stones themselves, the work spanned seventy generations – some 1,600 years. However, the first construction at this site began in prehistoric times. True, these first artefacts were just wooden poles which have long gone, but these were raised by men in times so ancient that Britain was still recovering from the Ice Age. The timeline below shows this history, with a frenzy of activity from just before 3000 BC through to 1600 BC being responsible for most of what we now gaze upon in awe.

If we consider the structure chronologically, we can see that construction took place in several phases over more than a thousand years. Exact dates are not possible, since dates are inferred from minute changes in physical measurements, such as the radiocarbon dating method. Nevertheless, archaeologists have sketched out the following outline of events. First, the people of the Mesolithic period erected pine posts, known as the postholes, near Stonehenge. In the 1960s a car park was built over these. During the next stage, Phase 1 (c. 3100 to 2700 BC), a ditch was carved into the chalk less than 1 km from Stonehenge. This would have appeared brilliant white in the green of what had now become pastureland as the hunter-gatherers that erected the postholes gave way to farmers. Also during this time the ‘henge’ (the earthworks; ditch and bank) was constructed. Many visitors to Stonehenge fail to notice the ‘henge’ since the ditch and bank have been greatly eroded over the passing millennia. In Phase 2 of the construction (c. 2 700 to c. 2500 BC), a large number of wooden posts were placed on the site. These may have served as markers for astronomical measurements. We do not know if there are more of them as excavation did not cover a large area. This was followed by Phase 3 (c. 2600 to 2500 BC). Stones began to arrive in this era and the circular shape and pattern of these enormous stones, which predate all other known structures, is still standing today. According to historians, there was no written mention of Stonehenge until 1100 AD.

3   When did the earliest structures become permanently hidden from view?………….. .

2.2  Read the text again and find a word or words that match these definitions.

4   before people made written records of events

5    arranged in the order in which they actually happened

11    to exist earlier than something else

2.3 Complete the sentences with suitable words from the box. You do not need to use all of the words. Use a dictionary and make a note of the different meanings in your notebook.

1     You should organise the dates into…………..order from the oldest to the most recent.

2     The museum has an excellent exhibition about life during……………

4    The first moon landing marked the beginning of an exciting………….. in space exploration.

5     My grandparents are refusing to adapt to the computer……………

3.1 Answer the questions in your notebook.

1     Do you often think back to the past or do you prefer to concentrate on the future?

2    Do you think it is important for children to study history? {Why?/ Why not?)

3   If you could go back in time, which period of time would you like to visit? (Why?)

3.2   Correct the mistakes in italics in these answers to the questions in 3.1. Use a dictionary to help you.

1   Yes, I do think about the past almost all times, in fact. I think I am a very nostalgia person, so I often look backwards at my life and remember good times as well as bad. I definitely think about it more than the future.

2    I didn’t really enjoy studying history at school. I think teenagers are more interested in the modern time than in the past! But now that I’m older, I can see that actually it is very important. We need to know about important history events because hopefully they can stop us from making the same mistakes in the future.

3    The stage of history I’d most like to visit is ancient Egypt. I think it would be amazing to go back in times and watch how they lived and how they built the pyramids. I wouldn’t want to stay long though – I think I would miss the digital period too much!